The purpose of the Yorkshire Archery Association is to promote and support the sport of archery in Yorkshire.
The YAA is the county affiliation body for clubs in Yorkshire.
The YAA represents Yorkshire's archers at the regional and national levels.
The YAA is affiliated to the Northern Counties Archery Society and Archery GB (the Grand National Archery Society).
The YAA has the largest number of affiliated clubs of any English county organisation.
The YAA organises several tournaments each year including the indoor and outdoor county championships.
The YAA selects and manages the Yorkshire county teams.
The YAA maintains records of the highest scores achieved in the various disciplines of archery practised in the county.
The YAA presents awards in recognition of service to archers and clubs in Yorkshire.

Welcome to the website of the Yorkshire Archery Association.


This address (.org.uk) is our alternative home in case of problems with our usual (.co.uk) site.

In response to HM Government advice regarding the COVID-19 pandemic, Archery GB has advised that all archery activities be suspended for the time being:

Archery GB: All archery in the UK should be postponed for the forseeable future

Most shoots in Yorkshire in the next few months have been cancelled or postponed. Please assume all shoots are off unless the organiser confirms that a shoot is still on.

Please note: all Arrowhawks activities are suspended until further notice. 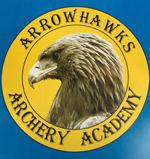 The YAA's new Danage timing system is available for use by YAA clubs: 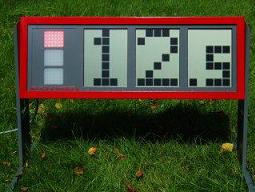 Want to be alerted when a news item appears on this site or a significant change is made? Send an email to

yaa@phoenixbowmen.co.uk with the subject line "Subscribe". Once we've confirmed that you want to receive emails from us, we'll add you to the mailing list of people to notify. Your email address will ONLY be used for this purpose and no other.

If you have any suggestions for the site or would like it to feature details of your club or event, please contact the

23 May 2020: Estelle Edwick, formerly of Bronte Archers, has passed away:

Burton Constable Company of Bowmen have cancelled their Medieval shoot.

15 May 2020: Archery GB has provided guidelines for archery in England to begin its emergence from lockdown:

29 April 2020: The Selby Westerns, Lez Newsome Metrics and YAA Championships have been cancelled:

Max Oakley is Archery GB's Young Volunteer of the Year 2020:

Max is Young Volunteer of the Year

The Wharfe Valley Archers Midsummer Field Shoot has been rescheduled to October:

2 April 2020: Noel Lawrence of Chantry Bowmen has passed away:

Abbeydale Archers have cancelled their Grand National tournament, which was scheduled for this coming Sunday.

Thirsk Bowmen have cancelled their Double WA720 Weekend, scheduled for the 25th and 26th of April.

24 March 2020: A virtual NCAS Coaching Conference will be held on the 25th of April, in place of the cancelled in-person event:

22 March 2020: Archers of East Riding have cancelled their Clout Weekend:

Archery GB has closed many national-level shoots to new entries - they will decide nearer the time whether the events will go ahead:

18 March 2020: The YAA regrets to announce the cancellation of its Clout Weekend:

17 March 2020: In response to HM Government advice regarding the COVID-19 pandemic, Archery GB has advised that all archery activities be suspended for the time being:

Archery GB: All archery in the UK should be postponed for the forseeable future

15 March 2020: With apologies for the delay, the January results of the YAA Juniors Indoor Postal League are now available:

The Northern Counties Archery Society has cancelled the upcoming AGM and Committee meeting:

White Rose Archers regret to announce the cancellation of their Crazy National shoot:

The National Clout Championships will be held in York on the 17th of October:

The first Tassel Award Scheme National Championships will be held in York on the 18th of October:

The results of the ABBA Dabba Doo shoot have been published:

10 March 2020: The results of the YAA Indoor Championships are now available:

The Wakefield Archers Albion and Windsors

24 February 2020: Bronte Archers invite Yorkshire clubs to compete for the Inter Club 2020 title on the 16th of August: